SOLOMON Islands Chamber of Commerce and Industry (SICCI) has described the opening of the country second international airport in Munda as victory for tourism in Western Province and the country as a whole.

SICCI commends all partners in this activity, both Government and private particularly, Solomon Airlines under the leadership of Chief Executive Officer (CEO), Brett Gebers in driving certification of Munda airport for the landing of jet operations. From this outcome, commercial flights will commence this weekend.

The airport was certified following a successful Proving Flight on Saturday 23rd March 2019 to Munda airport.

SICCI Board Member and Operator of Dive Munda, Belinda Botha says this will have a positive impact on the local tourism sector.

“We were all thrilled to see the A320 land on the 23rd of March during the proving flight, it was like a dream come true for us here in Munda.

“The entire community, everybody, they were out watching, waiting and celebrating. We were all very emotional to finally witness this historic event take place. What a victory for tourism, the Western Province and the Solomon Islands in general,” Ms Botha said from Munda this week.

She said they are now looking forward for the inaugural commercial flight on Saturday 30th March 2019.

“We noted very excitedly that several tourists and visitors will arrive on that inaugural flight this coming Saturday and we will all be flying the Magical Munda, Western Province and Solomon Islands flags high and proud.

“Thank you so much for all the hard work, dedication, determination and commitment by many stakeholders, but most importantly a big thank you to Solomon Airlines and the New Zealand Government,” Board Member Botha said.

She said the hope now is that with commercial flights to Munda up and running, visitor arrivals into Munda and Western province will soar.

“I have already seen a positive impact on booking inquiries and interest in our destination after the social media campaign announcing the direct flights went viral. We are working hard to market and promote the attractions of the province” she added.

SICCI Chief Executive Officer (CEO), Ms Atenasi Ata congratulated all for the hardwork in realising this goal of the second international terminal particularly the New Zealand Government, in working with the Solomon Islands Government.

The Chamber sees this development as an important realisation of one of its advocacy goals of developing new sectors such as tourism in the country.

“Direct flights to Munda will enhance our tourism product offering; more visitors help us create awareness and be the voice for sustainable and responsible travel. These are exciting times indeed for the country.” 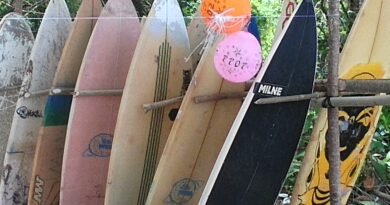 Surfing, Back In Gizo 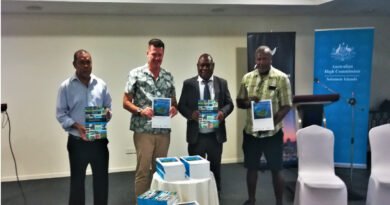 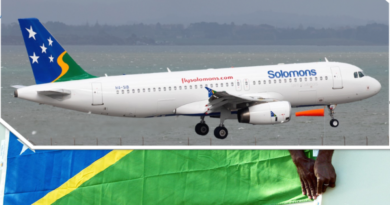