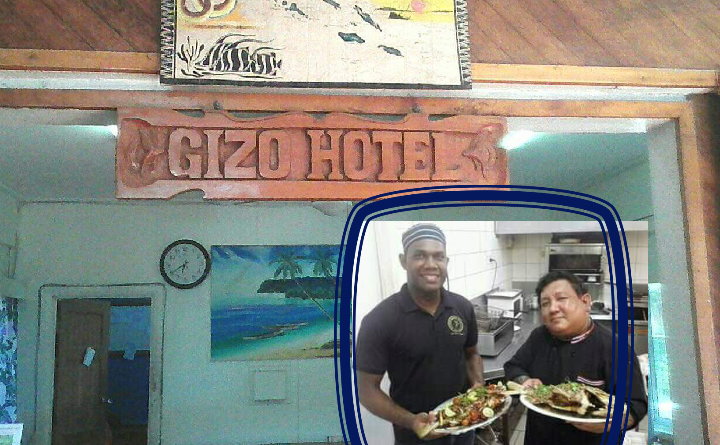 If you choose a career out of your passion for a particular field or profession you will definitely enjoy your years, working from your heart and giving the best of you in your profession

And that’s what happens with our young professional Chef Danny Ramo, now the head Chef at Hotel Gizo, in the Western Solomons headquarters of the so-called romantic Gizo Town.

After finishing Form 7 at King George the Sixth National Secondary School in Honiara in 2008, he said he wanted a profession with more job opportunities in Solomons Islands. So Ramo went to the Institute of Technology in Fiji and learned cookery for two years. He had also attended APTC in POM PNG and now holds trade diploma in Culinary Arts and Trade certificate in Cookery.

After college, he was employed by Pacific Casino Hotel and King Solomon Hotel in Honiara.

“I chose to be a chef because it has more opportunity in terms of employment, and when I returned, I saw other graduates struggled to find jobs. I also remember a Filipino guy who advised me at Pacific Casino, he said cooking skills, you will live with it for rest of your life, it stays with you and you can start your own business,” He stressed. “There’s no retiring age in this job, I cook for life.”

“My first pay was $150 dollars a fortnight in 2010, and at that time I was still a student. Even though it’s not much but I started to support my parents,” Danny said.

He recalled that was when he worked as an intern for three months at Pacific Casino Hotel’s Ocean View Restaurant.

“When I started, I don’t worry about my payment/salary, because I’m a learner. What I care about was to able to acquire the skills.

“In 2011 I moved to King Solomon and there they payed me $10 per hour including my NPF contributions , I’m happy and keep going because I work six days and learn a lot of skills from my supervisor as a trainee.

“I learned the Western Cuisine, Grill steak, Continental Buffet, Asian Cuisine and more people go for that. And the Europeans go for their Dishes. At King Solomon I also learned from Chef Naomi, she’s very skillful,” Ramo said.

Ramo is now the head Chef at Gizo Hotel, after marrying his wife, who’s from Western Province and moving to Gizo in 2017 to live permanently.

“I asked to transfer to Gizo Hotel, and my promotion here is very fast. My job is supervising the kitchen operation and the duty Rooster. I usually have four staff, now only two due to COVID.”

“The best thing about Gizo is the sea food. They’re fresh from the sea and even the varieties of produces from the market.”

Ramo said, his job is tiring and also interesting and one of the challenges is getting ingredients for international visitors and expats.

“I cooked for divers, doctors and also bird watchers who had visited Gizo. They mainly ordered seafood. They said, seafood is expensive overseas, especially crayfish, while in Gizo it is cheap.

“The biggest order I cater for was a 100 pax, a buffet function for 100 people, He explained.

“We prepared before hand for that, it was pre-ordered, so it’s okay.”

He said, the most challenging time is when 20 or more people walk in and ordered different food, from the menu.

In this career you only need to have the passion, and you have to cook from your heart like our mothers,” He stressed.

“Tourists look before they eat,” the young Chef said. “Presentation of plate and hygiene is number one.”

“We have to decorate the plate to catch the eye, the eye eats before the stomach.”He continued. “And also, they go for the taste, so there must be a balance of salt, sweet and sour.”

“But locals always look for the quantity, they said the quantity have to reflect the price, so I have to be wise and make them satisfy.”

Ramo said, Gizo Hotel recorded a huge loss as sales drop especially during the community transmission of covid. The bar and restaurant is affected.

Ramo encourage youths of the western province to go for cooking, get training qualification in hospitality and work with passion.

When asked to share his dreams for the future, Danny Ramo who is originally from Malaita Province said, he wants to have his own catering company.

“Actually, I don’t want to share my dream, I think that’s my own plan.” 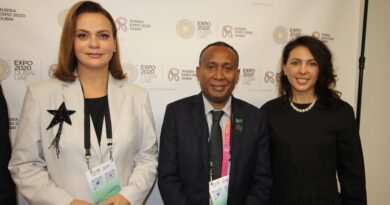 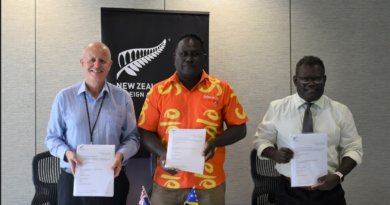