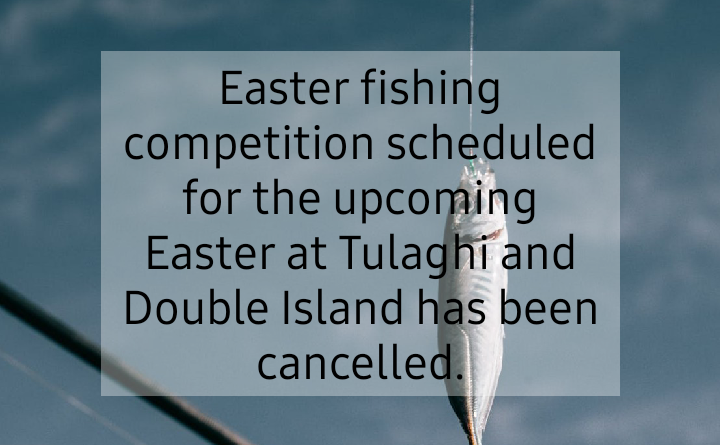 The Easter fishing competition been scheduled for the upcoming Easter at Tulaghi and Double Island has been cancelled.

Whatever the reason, the main sponsor has withdrawn the sponsorship according to Mr Justin Vasuni, CIP’s Tourism Division Assistant Officer.

“We are not sure for the reason behind the withdrawal as the only information that has reached our Office is that the event is cancelled,” said Vasuni.

Earlier on, it is understood that CIP’s Tourism Division and Central Provincial Government (CPG) were working closely with the Pacific Casino Hotel and Ngella’s Double Island owner Mr Michael Leong (MT Enterprise) who was reported to be the main sponsor for the event.

The idea was well supported by the CPG purposely to support the drive behind CIP’s local tourism during this current Coronavirus (Covid-19) situation.

Since Covid-19 has affected the local revenue, CIP’s Senior Culture and Tourism Division Officer Ms Allison Tovongo explained that the idea of the event was to stimulate the local economy and to bring people out.

However, the competition is now cancelled.

In seeking for a response from Mr Leong’s Communication Office as to why the main sponsor has withdrawn from sponsoring the fishing competition, the only response received was that they cannot comment on this matter.

It is understood that locals especially fishermen were looking forward for the event to take place during this upcoming Easter for 2022. 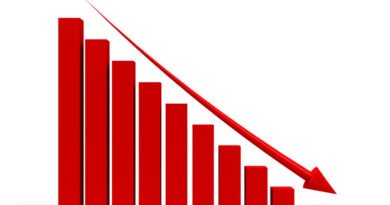 International Arrivals in 2021 Drop By 35 Percent