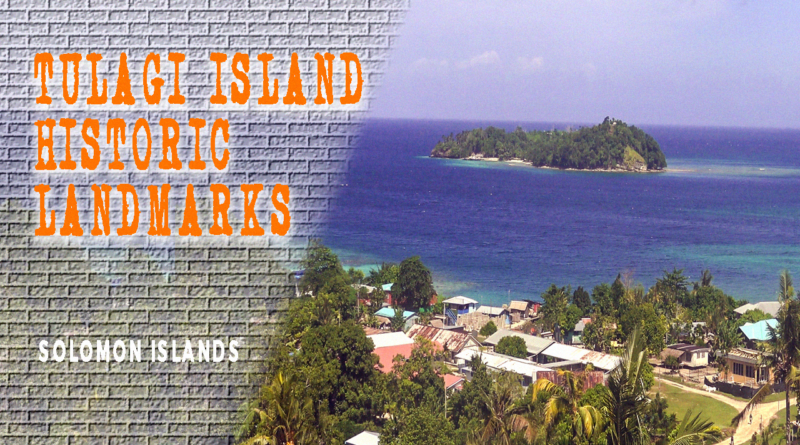 Tulagi Island located just North of Guadalcanal Province, Central Province was the administrative capital of the British Solomon Island Protectorate from 1897 to 1942.

The Island was the official port of entry and the home of the Resident Commissioner after the British Solomon Islands was declared over Southern Solomon Islands in 1893.

The Island was originally chosen by the British as a comparatively isolated and healthier alternative to the other disease-ridden larger Islands of Solomons.

The first Resident Commissioner Sir. Charles Morris Woodford purchased Tulagi Island and took up residence in 1897 intending to control the labour trade operating in the Solomon Water at that time.

Many decades later, only a few historic landmarks remain that re-tell the events that happen during the colonial period of Solomon Islands.

Upon a hill located at the Tulagi Island, remains what was left of the Resident Commissioner’s residence – a site called No. 1 House built in 1904.

Stone stairs and fragmented concrete, and old water tanks, are all that remain today of the Commissioner’s home, aside from the concrete post with a 360 view overlooking Tulagi harbour.

Today, only a few of Solomon Islands’ first capital is still visible.

One notable Historic site is the cutting through the ridge or hill in Tulagi which was dug by convicts during the colonial era to allow for easy access across from the port to the township on the other side of the Island.

The hill was dug by the prisoner’s manpower and hand tools only which was completed with a walkaway bridge above to connect the top surface.

Local history records recount an extraordinary event whereby the wife of the Resident commissioner at that time, once fall from the walkaway bridge above the cut hill and was caught by one of the prisoners working below, the convicted prisoner was later granted a full pardon for his heroic act.

The cut hill old rusted walkaway bridge was later replaced with a new one.

Many years later, during the Second World War the invasion of Tulagi Island began, the Japanese forces were the first to arrive and bombed Tulagi on 22 and 23 January 1942, and continue to Makambo and Gavutu- Tanambogo forcing an evacuation of all locals and colonial masters.

The attack continues on Tulagi for some time and the Colonial Administration decided and withdraw to Auki in Malaita Province.

The Japanese 3rd Kure Special Naval Landing Force capture Tulagi without resistance and they build a naval base and assigned the higher ground which was later called, ‘Hill 281’ which enables a bird’s eye view over Tulagi harbour.

This is where the Japanese, ‘Anti-Aircraft Artillery, AAA Gun and their tunnel were stationed.

The Japanese established their headquarters on the Island with fighting positions located around the area.

Hill 281 was one of the first sites to be bombed by the American Marine during the initial bombardment of Tulagi Island against the Japanese force in the early morning of 7th August 1942.

Meanwhile, just a few minutes’ walk from where the Resident commissioner’s home is situated, curved into the ridge with two entrances is one of the Japanese tunnels constructed during their occupation of the Island in 1942 before the arrival of the American Marines.

The Island of Tulagi saw the bitterest of the World War being fought for almost 3 years and the British Administration office was destroyed and the Resident Commissioner during the war period decide and move the Administration to Auki in Malaita province.

After the War, there were suggestions to establish the capital on the mainland of Nggela Sule, however, in October 1945 the British Solomon Island Protectorate Advisory Council agreed to move the capital to a site just west of Mataniko river, centred in Point Cruz on Guadalcanal Province which is now Honiara, the Capital of Solomon Islands. 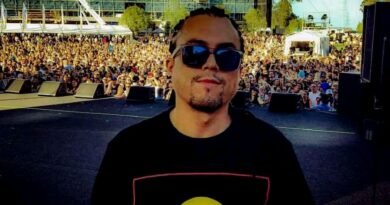 Lopez Vows, He Won’t Rest Till DMP Are at the Top of the World 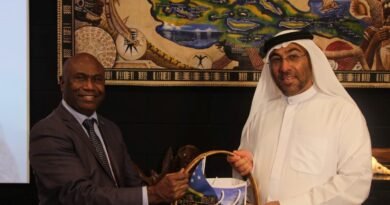