MBOKOLO is a traditional form of currency that was used in the Solomon Islands particularly by the people of Choiseul Province before bank notes were introduced.

“Mbokolo is mainly used by chiefs purposely to solve problems and it is always kept secure at the chief’s traditional bank house.”

Peter Lika Veke who hails from Tapurasele village Western province made the comments during an interview conducted by Isles media during the panpipe festival in Honiara.

“Mbokolo is a rare gem used specifically as a medium to resolve problems especially those inflicted within the tribe, community and islands.

“The Mbokolo plays a huge role in dispute resolution since it has its own strong cultural values attached to it and those who first settled in Choiseul rely heavily on Mbokolo as the solution to the problems and has also been used to resolve feuds in the past and and is still used today,” said Veke.

“The Mbokolo Traditional money must be answerable as soon as possible to the problems since failure to bring the Mbokolo to the negotiating table immediately may result in further bloodshed.

“The Mbokolo was designed mainly to resolve traditional feuds that sprung up mainly from inter-island migration and headhunting, which caused a lot of bloodshed in the past,” said Veke.

Veke said, “There are also similar traditional forms of currency that have their own cultural values and standard value of measure. For example, Kesa, is also a traditional form of currency used by Choiseul people mainly for bride prices and not necessary in solving issues of tribal feuds and land dispute.”

“Significantly these traditional forms of currency are still relevant today and for the future and we should sustainably maintain our traditional valuables as our cultural identities,” said Veke.

“Since the introduction of banknotes in today’s modern age the government should preserve the use of traditional shell money so that they can be valued and used today in other forms of exchange,” said Veke. 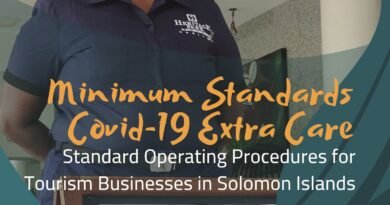