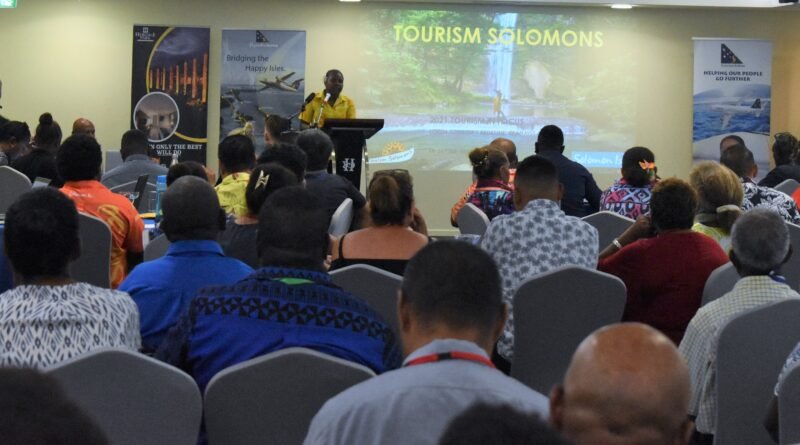 Tuamoto described the summit as the most important gathering of Solomon Islands key tourism industry leaders and players, particularly since the global pandemic reached the shores of the country.

Tuamoto made the statement at the one-day Tourism in Focus summit held at Heritage Park Hotel in Honiara on 27 February.

He said the summit is a paramount opportunity aimed for the key tourism industry leaders and players to merge and create collaborative and innovative strategies to boost the country’s struggling domestic tourism industry.

“The summit which will discuss the steps for the industry needs collective players to ensure the sector is well prepared and ready to compete for when borders reopen.

“What really matters now is how we can redefine the way our product can be presented internationally and move it towards a domestic offering –it is the idea behind this year’s forum theme,” he said.

CEO Tuamoto said that while looking at where we are now, it is also a time to recheck where the tourism industry sits after nearly a year without international visitation.

He said that the summit is the next chapter in the Ministry of Culture and Tourism and Tourism Solomons ‘Five Point Strategy’ launched mid-2020.

“It aimed at boosting the country’s domestic tourism numbers, by which in the process increased revenue-based opportunity for the country’s severely-impacted tourism industry.

In relation to boosting domestic tourism sector in the country, Councillor and Chairman of the Honiara City Council, Tourism and Culture Division, Mostyn Saverio said his division has some exciting plans for tourism operators.

Saverio made the assurance during the official launching of the Honiara City Council (HCC) tourism and culture policy few weeks ago in Honiara.

“You the tourism operators are the focus of this policy as it provide a partnership links rather than us, dictating the goals as authorities,’’ he said.

Saverio said he want to see collaborative networking for a common goal and by doing so, he believes that Solomon Islands can change how the world recognises her from negative to positive reaction.

He said the policy will set and capture how best the HCC tourism division will align its work and aspiration to move forward in seeking cooperation from key stakeholders and partners in performing the policy.

“The 2023 Pacific Games is counting down, and the question is are we ready, is my city, Honiara city tourist ready, are all my operators ready with resources, knowledge, and skill for the arrival of tourist comes 2023 Pacific Games,” Saverio said.

He said that the newly launched policy has some answers to these questions and he hope that Solomon Islands will achieve its goals and deliver the best 2023 Pacific Games in the Pacific region. 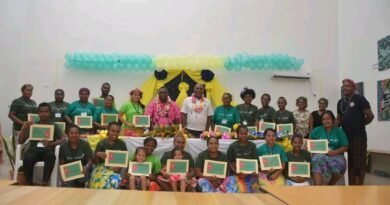